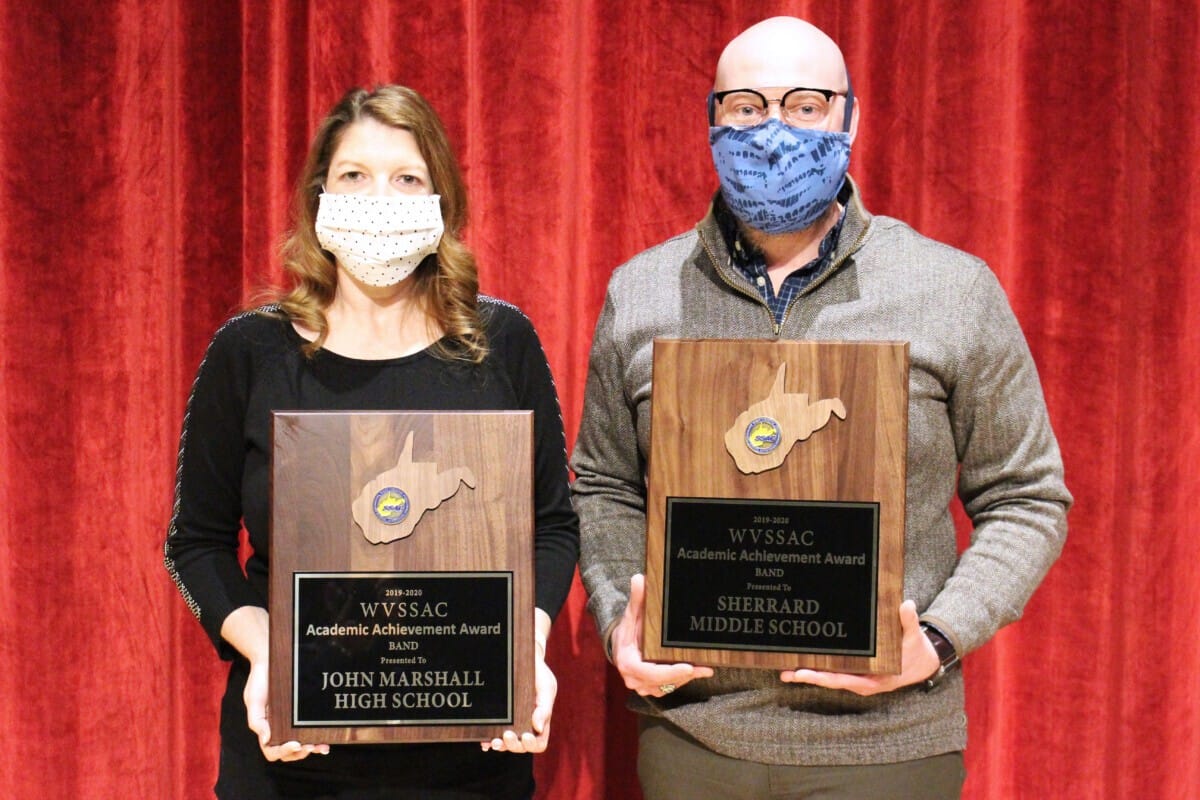 The John Marshall Marching Monarchs were chosen in the high school division while the Sherrard Middle School Band was selected at the middle school level.

This statewide recognition program involves two types of awards to be given to schools and individuals. The member school awards are based on the computed overall grade point average (GPA) for the Team Sport Award, the Individual Team Sport Award and the Band Award.

The overall GPA for the JM Band, under the direction of Tracey Filben, was 3.8. The Sherrard Middle School Band, led by Jason Birch, had an overall GPA of 3.878. SMS has earned the award twice in the past four years.

The Monarchs and Rams were to be honored during the pre-game ceremonies of the Class AAA Championship football game. The game was cancelled because of COVD-19.