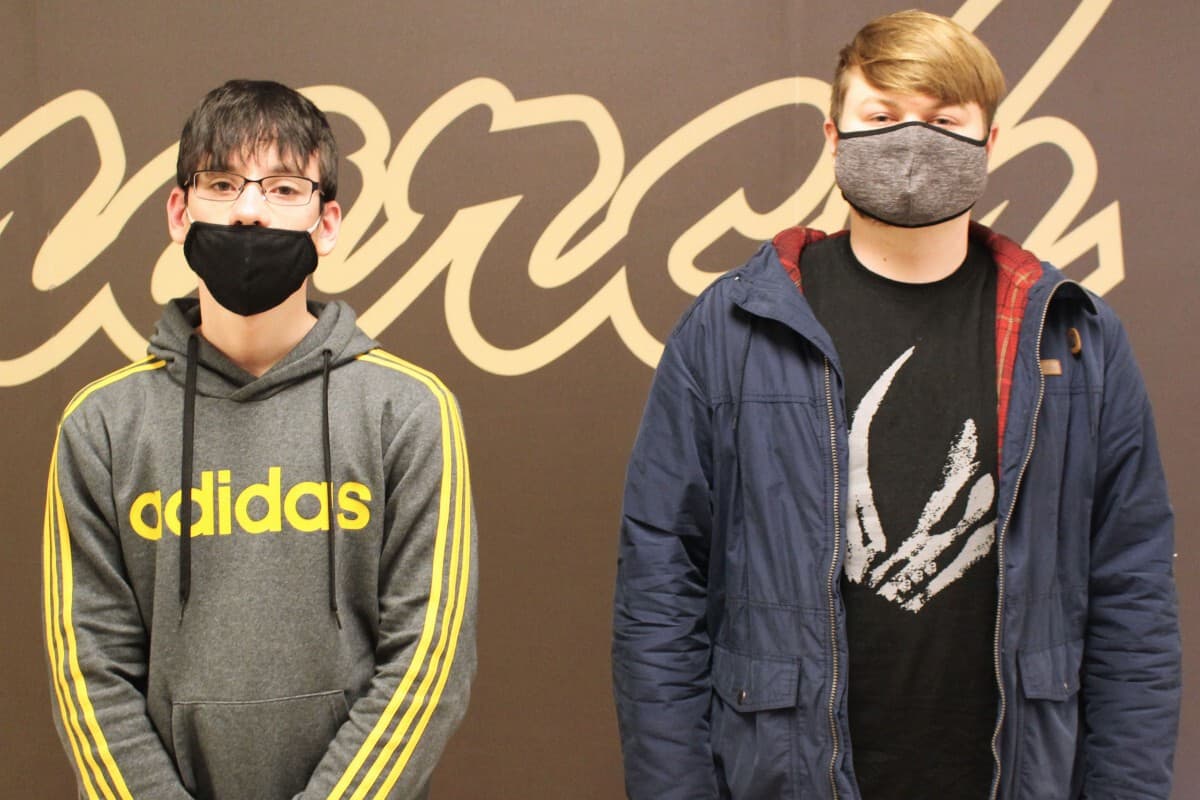 Two students from the John Marshall High School FBLA/DECA chapters qualified to compete in the International Virtual Business Challenge at the FBLA National Leadership Conference and DECA International Career Development Conference (ICDC), both are being held virtually this year.

These competitive events are a fast-paced, online simulation that challenges students to manage tasks in the career areas of accounting, entrepreneurship, fashion, hotel management, personal finance, restaurant, retail or sports.

Within the FBLA competitions, students ranking in the top 20 teams in each of two rounds continue on to compete at the national competition. For John Marshall High School, this student is Egan Ebeling who ranked in the top 20 nationally in the fall round of competition in the Personal Finance category.  Ebeling is a senior who was competing for the first time.

“His accomplishment was definitely exciting news to receive,” explained JM Advisor Megan Pintus. “Because the rules only allow one competitor to place from each state during each round of competition, we often do not know where students fall until they announce the winners at the end of the competition.”

For the DECA competition, the top two competitors from each round in each category from each of DECA’s four regions – Central, North Atlantic, Southern and Western – qualify to compete at the ICDC. A total of 16 teams per category will face off during the ICDC. During each round of competition, only 8 competitors move on to the final national competition. JM Sophomore Landon Handzus was determined to get one of those two top spots for the North Atlantic Region in the Retail competition.

“Landon really utilized his time while we were on remote learning and used any free time to master the simulation qualifier,” continued Pintus. “He played the simulation more than 65 times to ensure he made it into one of those top two slots.”

Both students were not only competing for the first time, but will also be representing West Virginia nationally for the first time as well. The FBLA/DECA chapters compete nationally each year, but it is reassuring to know that students have secured their spot so early and in such a competitive event.

Students within the business department of the school compete in this event through both FBLA and DECA each year.  Only one other John Marshall student has qualified for the final national competition in the past, so having two student qualify in the same year, one for each organization, is quite the honor.